Three suspects are in the grips of the Kyebi Police for allegedly stealing 20 livestock- 13 live goats, 5 dead goats, and 2 sheep at Akyem-Akropong in the Atiwa West District of the Eastern Region.

The suspects-Bismarck Togbor, 43; Kwame Danso, 32, and Eric Owusu, 20, were grabbed at Obretema near Suhum on the Accra-Kumasi highway after they were given a hot chase by a Police Patrol team from Kyebi. 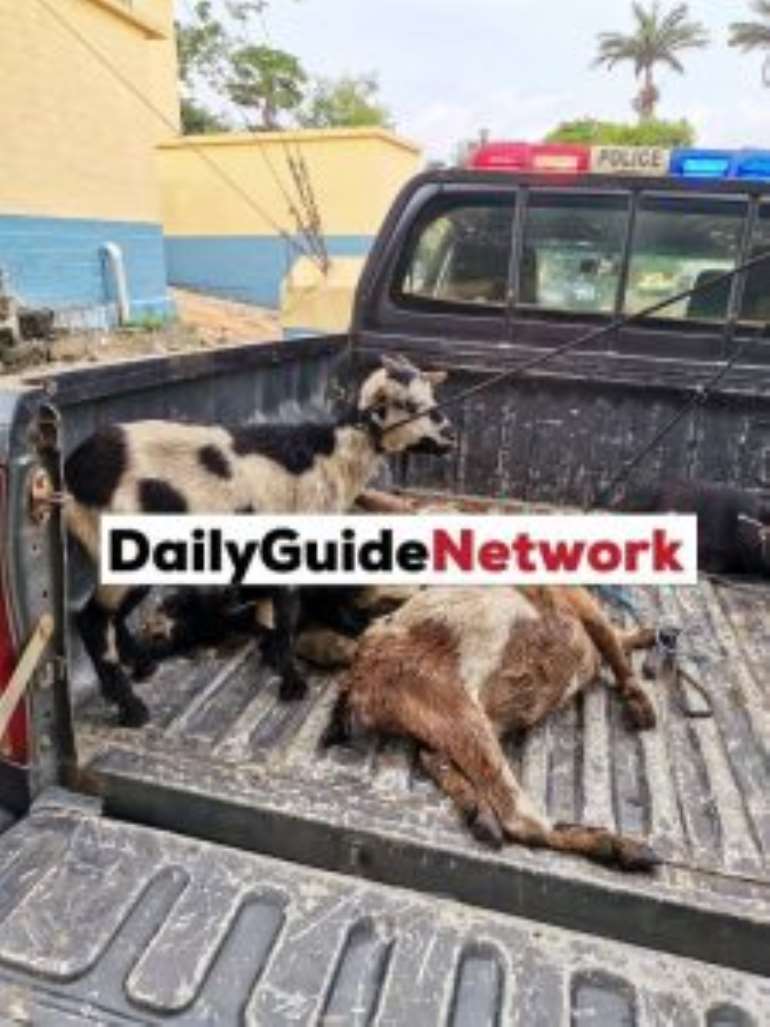 They had information that the suspects on board a Toyota Corolla saloon car with registration number GS 3332- 20 went to steal the goats, sheep, and the fowls at Akyem Akropong and were heading towards Kyebi.

The patrol team then mounted a snap check on Adadientem – Kyebi road.

The suspects on seeing the police ran through the blockade. 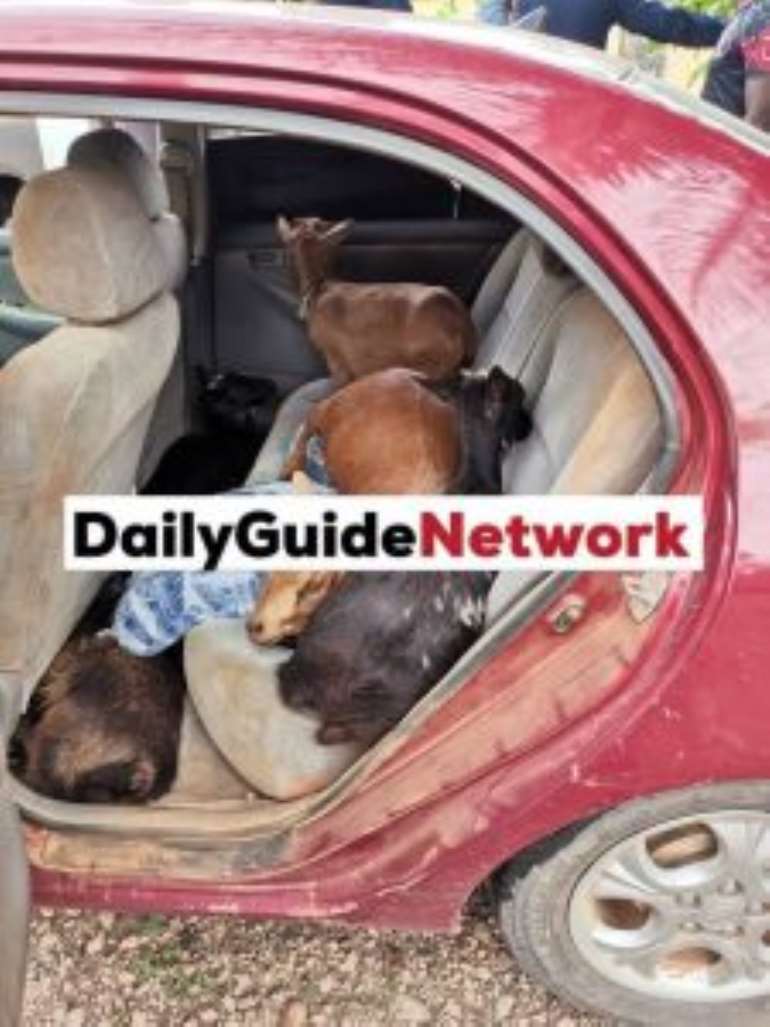 They were given a hot chase, halted their vehicle by firing the offside front tyre, and arrested them at Obretema on the highway.

After their vehicle was searched, 20 livestock- 13 live goats, 5 dead goats, and 2 sheep were found in the car.

The Toyota corolla saloon car has since been towed and impounded at the Kyebi police station as the suspects have also been detained at the cells assiting in investigations.

JUST IN:  Carpenter jailed 7 years for abducting and defiling girl, 14.