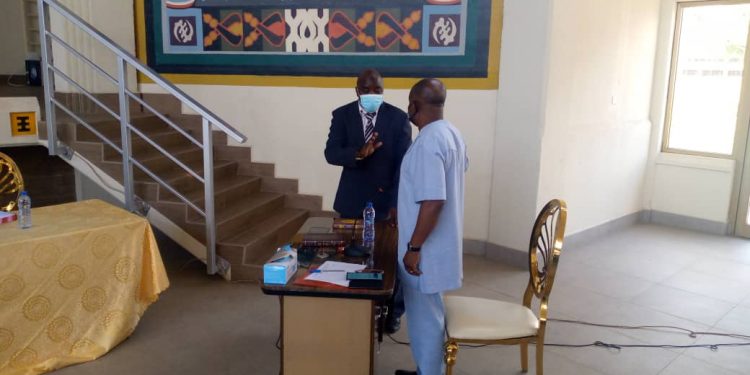 After requesting for the presence of the Military at a civil protest in Ejura as Chairman of the Ashanti Regional Security Council, Mr. Simon Osei-Mensah, the Ashanti Regional Minister, says he does not know the identities of the soldiers who shot and killed two protesters and injured four others.

READ ALSO: “The situation could have been worse if they had not taken those steps”–General Brigadier speaks on Ejura killing.

According to him, a preliminary investigation conducted into the matter is yet to reveal the identities of the operatives.

Two residents of Ejura, Nasir Yussif and Murtala Mohammed, were shot dead by soldiers during a protest against the killing of another native of the town, Ibrahim Mohammed alias Macho Kaaka.

Out of the four other persons who sustained gunshot wounds, one of them, a sixteen year old boy, has had one of his legs amputated at the Komfo Anokye Teaching Hospital.

Taking his turn at the ministerial committee hearing in Kumasi, the Ashanti Regional Minister justified the inclusion of the military during the operation to restore calm in the town.

“…As I was informed, the military moved forward for the police to be behind them because their method to disperse the crowd failed. It was during that period that I was told the shooting incidents or whatever took place, but as to who gave the shots, I have not been informed yet or to say it has not been established yet.”

Gov’t payroll is full; DO YOUR OWN WORK – Finance Minister to Ghanaians