Fire has destroyed the homes of many squatters at the Railways Quarters area behind Accra Breweries Limited and Graphic Communications Company Limited. 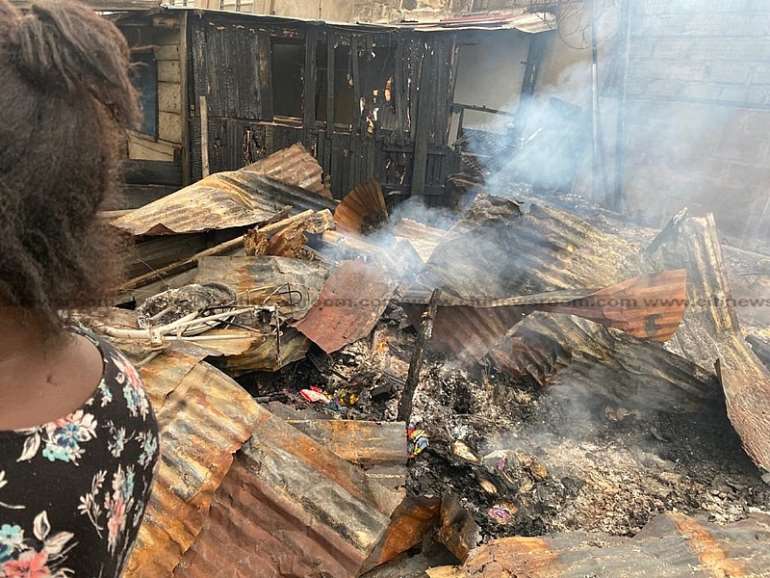 The cause of the fire is not immediately known.

Some squatters who were able to salvage their belongings are seeking refuge on the street in the area. 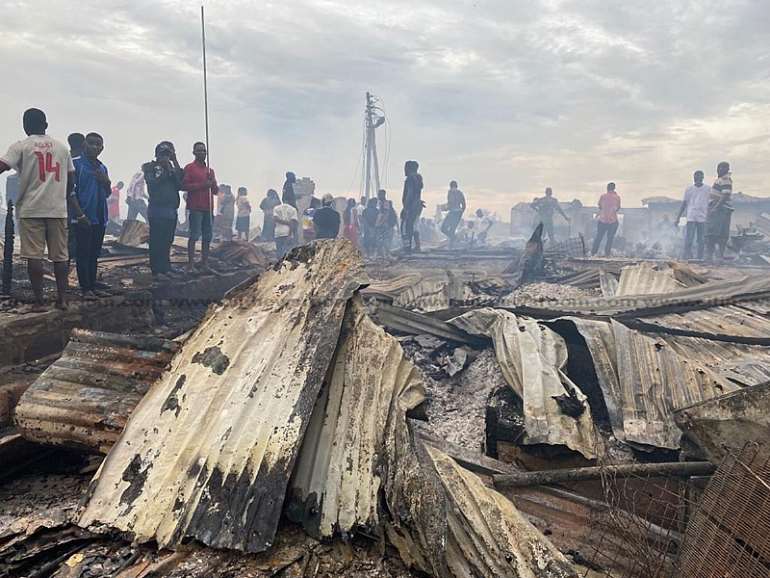 “I was sleeping when I was called that there was a fire outbreak behind my site. I don’t know what caused the fire, but people are saying it was due to the preparation of white bentonite clay [Ayilo] in the enclave.”, one of the victims of the fire incident noted.

“Some of us heard loud voices that the enclave is on fire. It was around 2.00 am. My sister has lost all of her property”, another said. 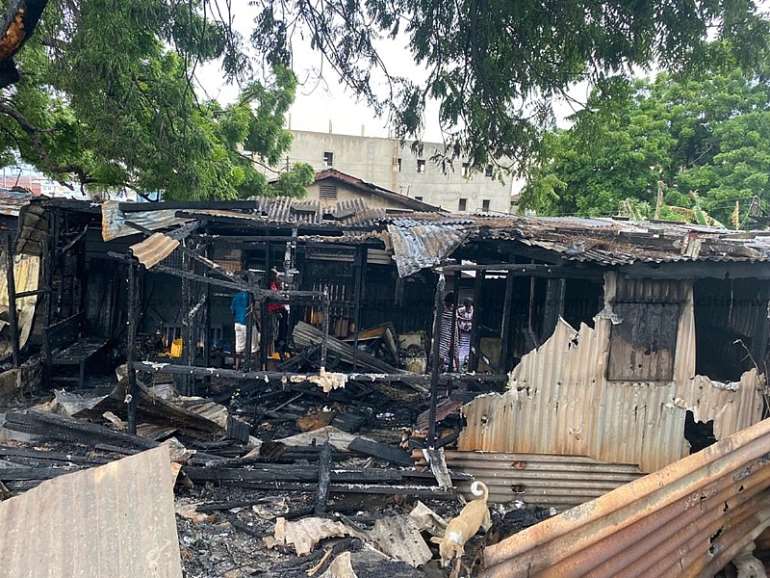 One other victims also spoke to Citi News alleging arson.

“We just saw the fire burning from the corner of my friend’s house. We don’t know where the fire started from, but we suspect arson. All our belongings have been destroyed.” 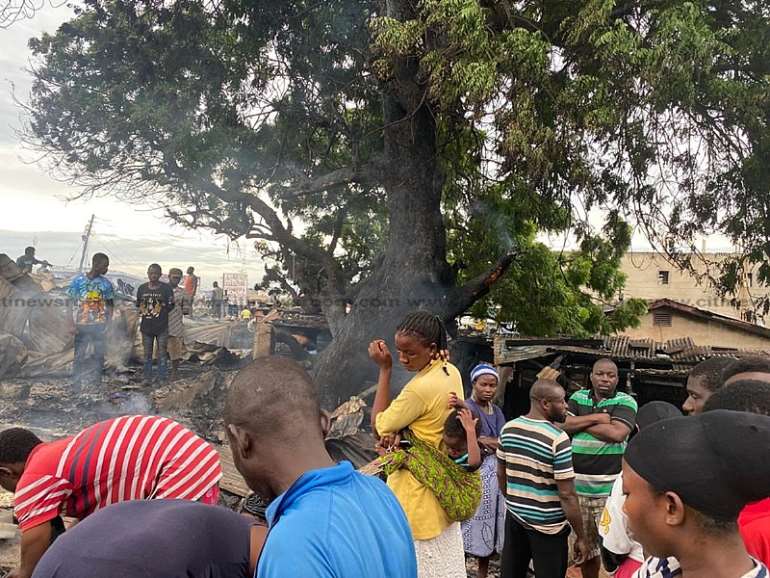 Personnel from the Service were seen working to prevent the flames from spreading to companies close by. 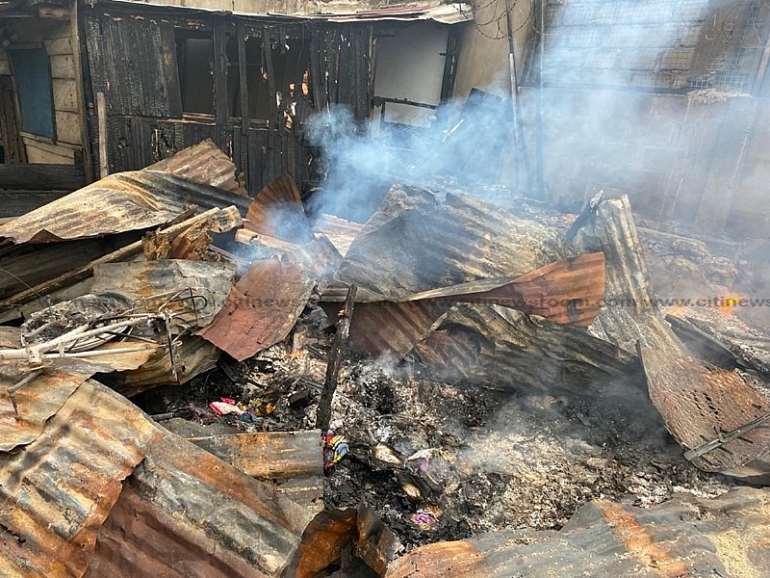